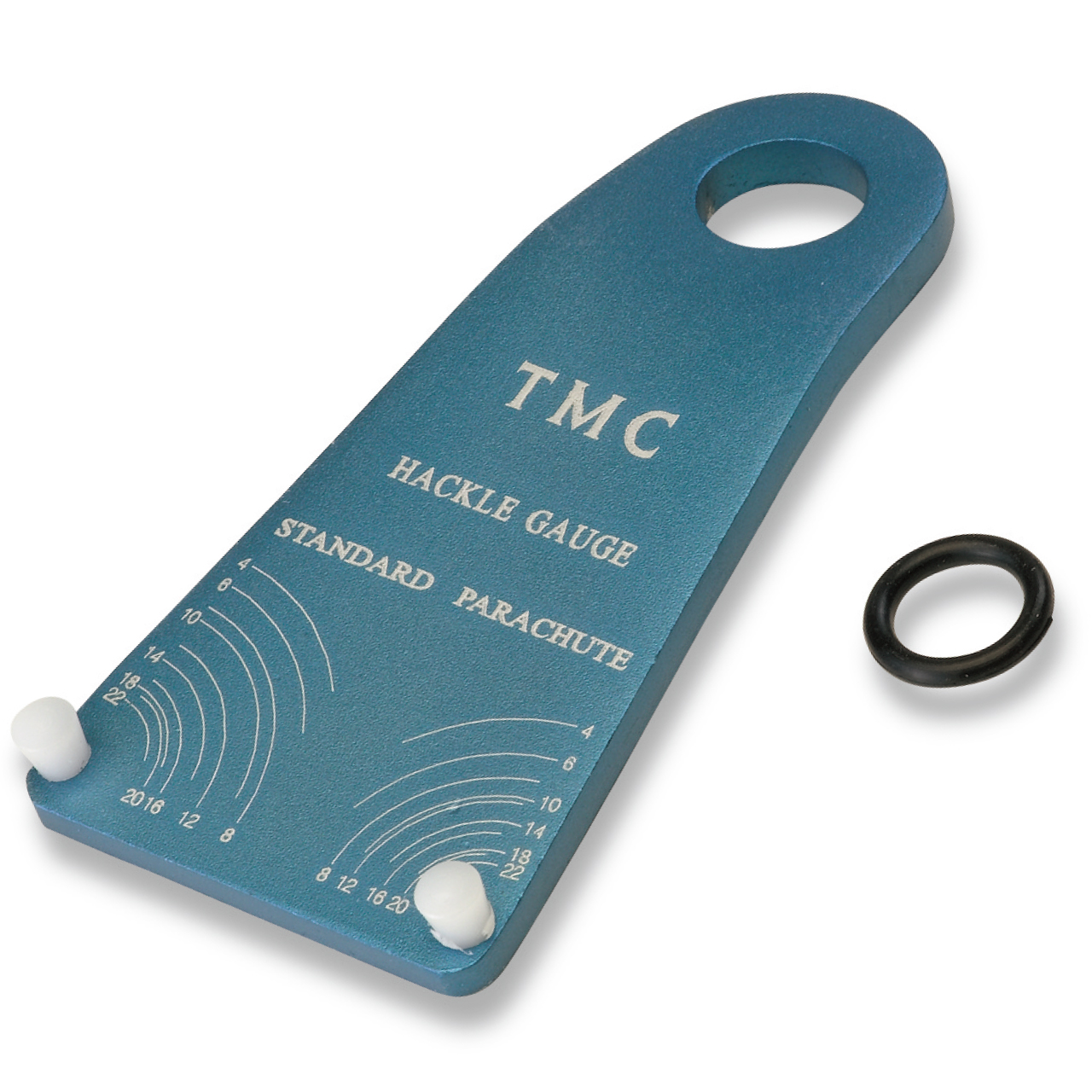 TMC Twin Hackle Gauge
To set the gauge, just slide down the stem of the fly tying vise through the hole. In order to tie beautiful flies, the TMC Twin Hackle Gauge has two pins; one is for standard patterns, the other one is for parachute patterns. Experts know that they need two different sizes of hackle. (Standard Hook: our popular fly hook/TMC100). The hackle will not slip around the tapered pins while measuring. The hole is a little bigger than the diameter of vise stem so that the gauge will have an angle towards tyers and rotate easily while not in use. Fits onto most vise stems.


TMC Handy Hackle Gauge
The TMC Handy Hackle Gauge will allow fly tiers to measure and select hackle easily and quickly. You can grip this tool and use comfortably even on hackle capes with cardboard attached on the back. Bend the hackle around one of the two pins (For standard or parachute patterns). Based on the TMC100 standard dry fly hook.